According to the Spanish newspaper Marca, Messi already has a certain destination and will be a PSG player. The Spanish communication vehicle also stated that only a “surprise” would take the Argentine out of the French club.

With this, the former Barcelona will reissue the partnership with the Brazilian Neymar, who was successful in the Catalan team, alongside Luis Suárez.

According to the Spanish press, Messi (see gallery below) has three reasons to work at PSG. The first is the fact that it can go even further into history and give the French club the first European Champions League title.

Secondly, Manchester City’s withdrawal mattered and, in this way, the choice for the Parisian team became simpler. In relation to competition, the newspaper Marca says that the clubs, aware of Messi’s “agreement” with PSG, gave up on the Argentine.

In third place, Neymar, as the players, in addition to marking time at Barcelona, ​​are friends and, because of that, the conversations between the two could indicate that the Brazilian “convinced” Messi to play in France.

End of an era

Lionel Messi has dedicated a lifetime to Barça. For the Catalan club, the Argentine played 778 matches, scoring 672 goals, 272 assists and winning 34 titles.

In addition, the ace became the player with more games, goals and titles for the Spanish team. 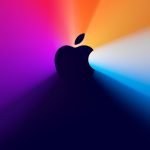