The MOBA genre has become one of the most successful options within the competitive scene. And it’s no surprise since players find unique ways to test their ability both in terms of handling their characters and creating a good strategy on the battlefield. However, there are many of the options that stand out at this point, even though there are two options that stand out above all.

We talk, above all, about Pokémon UNITE and League of Legends. While the popularity of LoL is recognized globally and is even present in the world of eSports, Pokémon UNITE has arrived quite strongly. It is an option that is striking by many, especially for the fact that it is set in the world of Pokémon, one of the great successes of the world of video games. However, which is the best one to start with?

Both games are quite accessible, although the Riot Games title can gain in complexity as the game unfolds. Power runes, acquire effective items for our character, or even know which path to follow or what attack to perform to defeat. A series of options that are raising their level and that, sometimes, can be chaotic.

Pokémon UNITE, however, has become an eye-catching option for all players. After all, it starts from a license that we already know well and that, in addition, has direct and agile gameplay. And while both include common elements, Pokémon games are much faster. After all, in Pokémon UNITE they do not reach the time, as has happened with LoL games.

Therefore, if we look carefully at the points to take into account and consider at the time of starting in one or another license, what is clear is that Pokémon UNITE is the best option. That is why we advise you that if you are looking for a new option to start in the world of MOBA, this is one of the most interesting options. Of course, if you want to delve a little deeper into the subject, we advise you to take a look at the video. 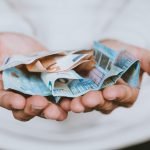